Hopeful first-home buyers across Victoria will soon be able to apply for the state government to cover up to a quarter of their mortgage.

The shared equity scheme, known as HomesVic, will be available to low-income earners looking to buy in select growth areas and regional centres.

The state government announced it would co-purchase up to 400 properties, taking an equity share of up to 25 per cent of each home. When the properties are sold, the government would then recover its share of the equity.

The $50-million initiative aims to make it easier for first-home buyers to enter the market by reducing the size of their loan, hence reducing the amount they need to save for a deposit.

The initiative targets single first-home buyers earning an annual income of less than $75,000 and couples earning less than $95,000.

Eligible applicants must buy in so-called “priority areas” which include 85 Melbourne suburbs, seven fringe towns and 130 regional towns and suburbs.

The scheme is not available in most of Melbourne’s bayside suburbs, the leafy inner eastern suburbs or some pockets of the inner north.

The state government said the locations were chosen in growth areas where there was a high demand for housing and access to employment and public transport.

First announced in March last year, the pilot shared-equity scheme is due to launch in the coming weeks.

Acting Treasurer Robin Scott said the scheme was one of a range of measures the government was implementing to tackle housing affordability in Victoria.

“There has already been significant interest shown in the HomesVic scheme, which will help Victorians take that all-important step onto the first rung of home ownership,” Mr Scott said.

Housing affordability expert Dr Katrina Raynor, from the University of Melbourne, said while the scheme would make a difference to 400 individuals, it wasn’t enough to make a significant impact.

“In terms of dealing with the modicum of need that we have in Victoria, it’s just a drop in the bucket,” she said.

“But the fact that it is a pilot project means it has the capacity to be scaled up over time, and that would be something I would like to see.”

The number of first-home buyers has increased in recent months since the introduction of other financial incentives, including cuts to stamp duty and the doubling of first-home owner grants in regional Victoria.

In November, 3527 loans were taken out by Victorian first-home buyers, the highest monthly figure since late 2009, according to the Australian Bureau of Statistics. 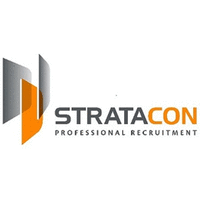